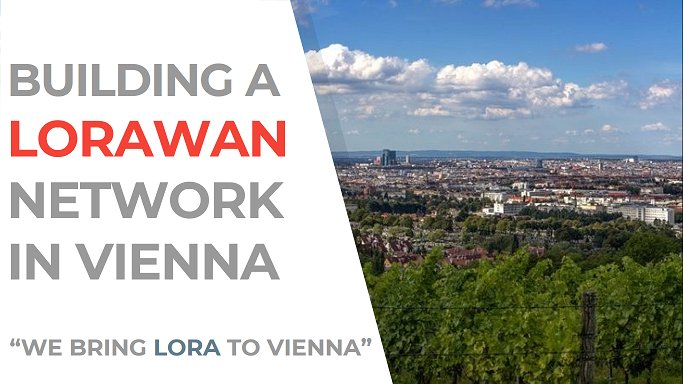 On 7th of February we were invited to present our network at IoT Austria‘s meetup (“IoT talks”) at Stockwerk in Vienna. This month’s talks were focussing on LoRa and LoRaWAN technology and developments.

It was a huge success for us meeting a lot of new contacts and people who showed interest in this technology. Also it was great to meet with the Austrian ham radio community and another TTN community from Dornbirn, Vorarlberg. 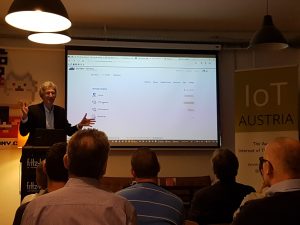 There was a great live demo by Ynte Jan Kuindersma from birdautomation.at showing a demo sensor sending data (temperature in this case) via The Things Network to Azure’s IoT platform. We were proud sponsor of LoRaWAN network connectivity through this showcase. Ynte developed this sensor in TTN Netherlands and it was interesting to the audience to see that compatibility between regions and clusters at TTN actually works.out of the box. 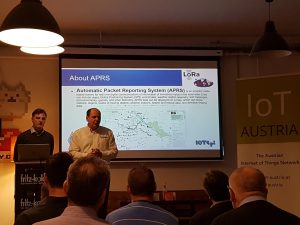 Sascha Pawlin from IoT4pi and Mike Zwingl (OE3MZC), president of Austrian’s Ham Radio Society, made a presentation about how the community adopted LoRa modulation (not LoRaWAN here) to replace AFSK1200 for APRS, the Amateur/Automatic Packet Radio System. They have gateways at 433 MHz (70cm band) already in place and support coverage at Vienna and surroundings. APRS compatibility is working, so this system is fully integrated to legacy APRS applications. More information can also be found here: aprs.at. 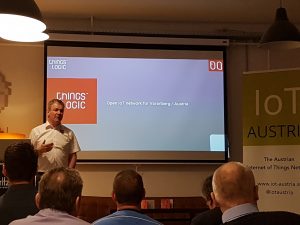 Christian Anselmi from ThingsLogic in Vorarlberg, the most western part in Austria, was talking about their activities on building a LoRaWAN network based on TTN aimed for Smart City activities.

Finally Thomas Reininghaus, one of the founders of IoT Austria, presented and compared use-cases with LoRaWAN and other technologies for sensors.

This site uses Akismet to reduce spam. Learn how your comment data is processed.